Investments in the flats in Noida Expressway are proliferating over to nearby areas such as Greater Noida, Greater Noida West and Ghaziabad. Like all other areas, new projects in sector 152 Noida are making heads turn and have their own USP as an investment option. Few micro markets have emerged in recent years in NCR like sector 104-105 Dwarka Expressway in Gurgaon, Siddharth Vihar in Ghaziabad and noticeably most appealing is sector 150 on Noida Expressway. Some prime reasons of the success of sector 150 Noida are:

Infrastructure: The area has a fast-growing social and physical infrastructure. The 23 km road connecting Noida and Greater Noida, steady growth in infrastructure and the upcoming Delhi metro make it a favorable investment option. 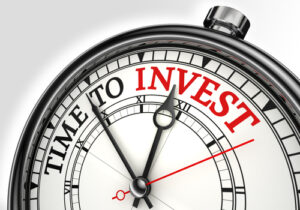 Connectivity: Noida expressway is well connected to Delhi and other areas through the DND Highway. Noida already boasts of well connectivity and the Delhi metro would be an additional benefit after being extended from the existing Noida City Center station and going up to Greater Noida.

Luxury Properties: Projects on Noida expressway offers a wide variety of luxury homes as well in addition to affordable houses for the mid-segment. Several developers are launching projects with luxury homes as well as luxury office complexes with in-house facilities and 5-star hotels that are making their way on the expressway.

Job Availability: As against the earlier scenario that required people to travel for long hours for office, Noida now has MNCs placed here. A large number of IT companies are also prospecting Noida expressway in the future. Once the IT hub starts developing, there will be increased job opportunities giving a thrust to the real estate investments here.

Flats in sector 150 Noida definitely hold potential for healthy Returns on Investments (ROI) in the future. With planned development on both sides of the Noida Expressway, the area has already witnessed healthy appreciation in the last 4-5 years when it comes to both renting as well as buying properties and the trend is expected to continue in the long-term. Like sector 150, another sector with same potential and traits is sector 152 on Noida Expressway. This sector is expected to get the attraction of buyers in near future with some major brands launching their projects. Ace Starlit is one of the new launched properties in sector 152 Noida Expressway. The project as expected has received a fabulous response and was able to sell out a major chunk on the day of the launch only. So, it’s safe to say that your investment in this upcoming hub will give you greater returns.