Let’s see the benefits for real estate sector presented in this union budget.

The Finance Minister has announced an extension of the deadline to receive benefits on the purchase of affordable housing for one more year till March 31, 2022. This means that a deduction benefit of Rs. 1.5 lakh under Section 80EEA will now be available to buyers who invest in an affordable housing project before March 2022. It provides relief for buyers who were looking for investment opportunities in a market where new launches have fallen, due to the COVID-19 epidemic and developers focusing on clearing their existing stock. The government’s push for Housing for All under the PMAY will only revive the real estate sector, which has seen a slowdown due to massive policy changes such as demonetization, GST, and RERA.

Furthermore, with the Finance Minister announcing an extension of the tax holiday for another year for affordable housing projects, the market is likely to have more supply, with new launches once again gaining momentum. The Finance Minister has also allowed tax exemption for notified affordable rental housing projects, which could further boost the prospects of the sector. 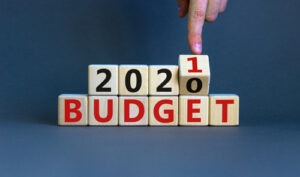 To prevent the Housing for All scheme from derailing, it is necessary for developers to have adequate incentives and margins. While the PMAY mission has received fresh funding from the government in November 2021, private developers are still struggling to complete and deliver projects on time.

The Finance Minister announced several steps to promote the development of infrastructure. A few plans were declared and gigantic funds have been apportioned for industry and businesses. This year, the Union Budget has revealed the government’s intentions to improve the infrastructure. The National Infrastructure Pipeline comprises 6,500 projects across the country and Finance Minister Sitharaman has also announced an allocation of Rs 27,300 crore for industry and commerce in FY21. Along with this, plans have also been announced to develop strategic national highways, which can help bring about developmental changes in the real estate sector.

The past Union Budget has often not given proper attention to rental housing. Policies aimed at tax benefits, easy financing mechanisms, availability of loans at low-interest rates, and the development of rental housing can promote the segment and play a greater role in accomplishing the dream of a House for all.

For the NCR, the new union budget is all set to assist you in providing the best, affordable apartments in Greater Noida West as well as apartments in Noida expressway.